To show you all how much we appreciate your support, we are having a New Year's sale this Wednesday, January 1st. Bring this coupon in for 25% off all cash sales or 20% off all credit/debit sales. The discount cannot be combined with trade credit or other discounts, and please do bring in either a printed copy of the coupon or have it displayed on a mobile device. Once coupon per person/transaction. We hope to see you on the 1st! 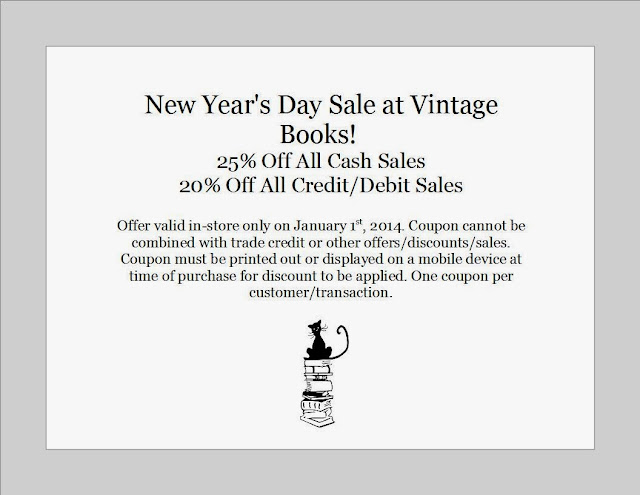 Posted by vintage-books.net at 2:41 PM No comments:

Here we are for our last Holiday Treats Blog of the season! We hope this was helpful & that you have a wonderful rest of the season.

Thank you so much for keeping up with us and supporting our store this holiday season, and don't forget to shop small in the coming year!
Posted by vintage-books.net at 12:58 PM No comments:

We're back with a few more gift suggestions! Hoping this is helpful as you're finishing up your shopping :)


We hope the season is treating you right so far! We'll have another set of ideas up for you this week. Stay warm out there!
Posted by vintage-books.net at 3:38 PM No comments:

We've been pretty busy around here this week, but we did get some time to put together a few more gift ideas for you to consider while you're checking items off your lists!

These are our favorites for today. Stay warm out there, and we hope you'll check back in in a few days to see what other ideas we come up with!
Posted by vintage-books.net at 1:22 PM No comments:

We're back again with a few more ideas for the loved ones on your holiday shopping list!

Just a quick list today, but we're brewing up a few more suggestions for later in the week!


Posted by vintage-books.net at 5:51 PM No comments:

The holidays are in full swing here at the store! We are all decorated & getting excited for the upcoming season. Here are a few more ideas of what we have for gifts!

Those are our ideas for this week, but keep an eye out for more. We also have ongoing specials and sales, so check in with our Facebook page to stay in the loop!
Posted by vintage-books.net at 3:10 PM No comments:

Just a quick little blog for the holiday.

I've decided to give my top 5 list of things I'm thankful for, here they are: 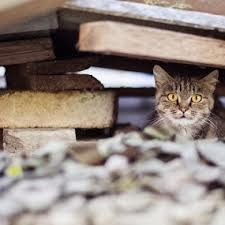 2. Books to lay on and around (and lick when the mood strikes me) 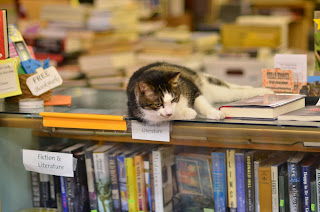 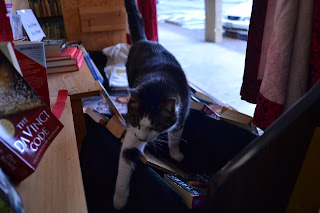 3. My humans that take care of me.

4. The food and water they put in my bowl 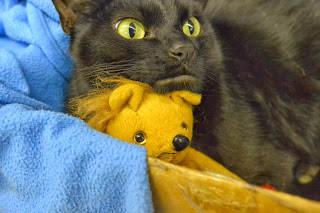 Don't forget to spread the cheer around if you have some to spare. Enjoy the holidays, but enjoy the company you keep even more.

P.S. if anyone has any turkey that is just lying around I'm pretty sure I can find a good home for it. Just getting the word out.


Posted by vintage-books.net at 2:21 PM No comments:

The holidays are an especially lovely time to shop local! And because our customers are so conscious of this, we here at Vintage Books have been working for months getting the store ready for the holiday season: not only do we have our usual stock of new and used books, but we now have a wide selection of other items that make for great gifts, from gourmet tea to chocolate to calendars.

We'll be updating this blog frequently through the holidays to feature some wonderful gift ideas, so keep checking in!

We're just full of ideas! Thanks for visiting!

Posted by vintage-books.net at 4:37 PM No comments:

Reflections of a Bookstore Cat

Let us talk about something that everyone and thing in the world experiences. Getting old. 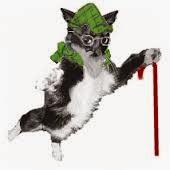 I see a lot of people walk through these doors and some of the sweetest folks are the ones that I can keep up with. The slow walkers as I like to call them.


I never have to worry about them chasing me around the store or picking me up too rough. They are so gentle and are always so happy to see me, usually they will find a chair to sit in and let me hop in their lap for some loving.

This is not to say that I don't appreciate the young ones as well. They are usually happy and smiling all the time. They may pet me a little rough sometimes, but I know their intentions are gentle.

The  energy they emit is often contagious, as are their meow's. Anytime I hear a loud human "meow" anywhere in the store I'm drawn to it and have to go investigate. Normally what I find is a little bundle in a basket

or someone's arms (right where I am supposed to be, no hard feelings) and I do my best to comfort them by rubbing against legs or clawing at couches and rugs. It calms me down, why wouldn't it work for others?

Now I'm no spring chicken, or cat as the saying should go, but I'm in good shape. My owners give me glucosamine for my joints, but otherwise I'm medication free.


Not bad for a fifteen year old going on sixteen. I may sleep a lot, but what right minded creature doesn't want to sleep a lot? Celebrate your age, embrace the years of experience you have or will have, and never forget we are all on the same trip. Be it the starting line or the finish, the road is shared by all. And they're off.....


I realize I'm cutting in on Henry's blog time here, and he's giving me that look, you know...

But it's very gracious of him to let me have a little space.

I get really excited when old books come into the shop.  There's something, in my opinion, really special about the hefty weight of them, the silky pages, often foxed with age, the musty smell of decades on the shelf.  I love the way, in the old days, most publishers made books to LAST a hundred years or more, as if OF COURSE people would still be reading them, because they would still be important and pleasurable.  I love the care that went into making them, and then the telltale signs of use, the written inscriptions, the turned corners, or the way a book tends to fall open to a certain illustration.

I love hearing the way our customers exclaim over them in the shop -- Look at THIS!! -- like little treasures no one would ever expect to find.

The old travelogues are a special treat, usually illustrated with early photographs, or even earlier, with fine line drawings or engravings.  The accounts of early travels are delightful in their descriptions of places totally changed over time.  To read them, you would never recognize Paris or London or New York as they are today without familiar place names!  How much fun it would be to travel with an early travelogue, to compare notes and pictures.  And of course, modern sensibilities and values are very different too, so to read the old writers can be quite a hoot!

Well, I don't travel much, but I love the old travelogues.  And if you're thinking of an unusual Christmas gift...  here's a few to tempt you.  But keep checking, we're always getting new (old) ones in!

The Porcelain Tower – or, Nine Stories of China
By Thomas Henry Sealy
Rare  1841 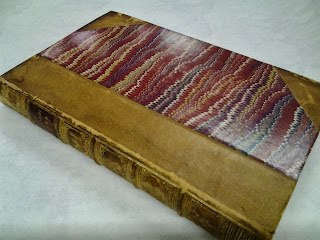 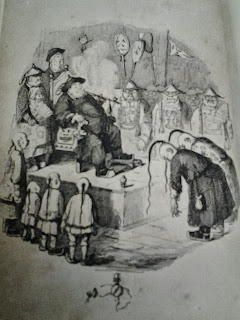 Charming vignettes of period China. There are some print-on-demand versions of this book available, but the early editions of this one are really hard to find. Beautiful half-leather with red & gilt embellishment along the spine, marbled boards with matching endpapers.  The outside of this book is so lovely and the leather so soft to hold, you won’t really care what it’s about.  In really good condition for a book this old, the binding is tight.

The Frozen Zone and its Explorers: A Comprehensive Record of Voyages, Travels, Discoveries, Adventures and Whale-Fishing in the Arctic Regions…
Rare   1875 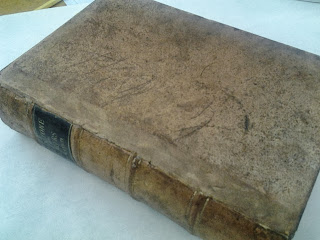 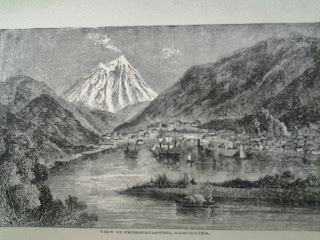 Another rare one, this one features the full story of the “Ill-fated Polaris” expedition, under Charles Francis Hall., and the attempts to rescue the castaways by the Tigress and Juniata.  175 engravings and maps, very extensive in its histories of long-forgotten expeditions across the northernmost territories of several continents.   Full leather, with the binding archivally repaired and firm, with all pages intact.

With 100 “photo illustrations”, it includes extensive details on many historic buildings,  as if you followed a very knowledgeable guide touring the Capitol Building, the Library of Congress, the White House and even Mt. Vernon.  It also contains an appendix with various important documents such as the Declaration of Independence, Washington’s Farewell Address, the Gettysburg Address, and several others.  In the rear pocket is a large fold-out map of Washington DC, as it looked in 1892. 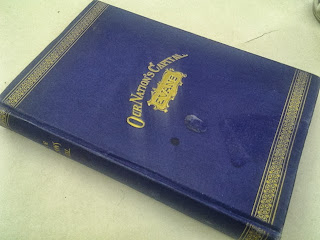 The Great Metropolis: A Mirror of New York
By Junius Henri Browne
Published 1869

Now here’s an interesting writer.  Browne was a Union soldier, captured near Vicksburg, then imprisoned for 20 months in 7 different Confederate prisons.  When he finally escaped, he had to cross  400 miles of hostile territory to reach friendly Union lines.  After the war he became a journalist in New York, and this is his 1869 book on that city.  Great character sketches and an enjoyable on-the-street perspective.  I love how he ends the book: 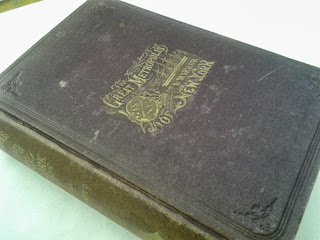 “Our grandsons and granddaughters will turn to the musty records of the present, and tell their children and their children’s children of the time when New York had but a million souls.  And we, slumbering quietly in our graves, will be glad we lived a century before, that our descendants might dwell amid fairer and happier days in that other century which will round to rosy restfulness all our present pains and carking cares.”  (Carking??)  … Well, it didn’t happen quite that way, but we appreciate his dream. 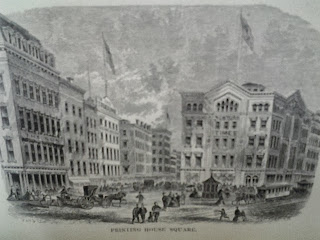 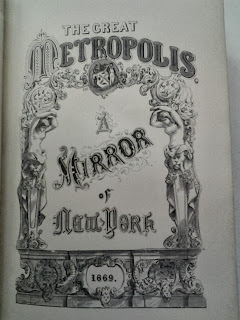 Eastern Legendary Tales and Oriental Romances – Being a Representation of Oriental Manners and Habits, Exhibiting a True Picture of Eastern Society
Rare  1837            Embellished with steel engravings 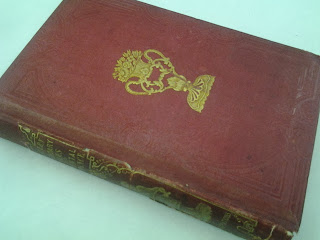 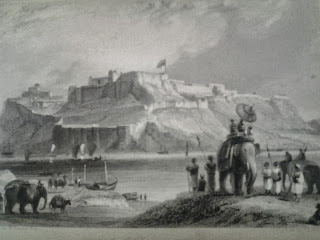 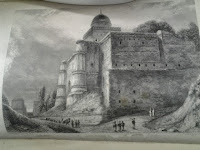 This wonderful travelogue deals almost exclusively with India and its society of “Hindoos and Mohammedans.”  Again, the binding on this one has been archivally restored and is firm. The bright  red cloth with the contrasting gilt decoration is a real eye catcher.  There are very few copies of this one still available anywhere.

India Illustrated – with Pen and Pencil
By Rev. W. Urwick (who was a British historian of Protestant Nonconformity.  That sounds interesting.)
Published 1891 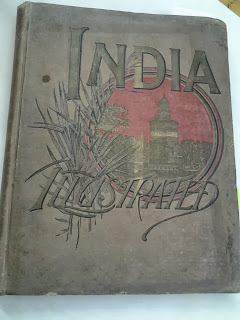 An oversize book with lovely engravings throughout, it includes a section on Ceylon, which at the time was part of India.  Rev. Urwick calls India the ”nurse of  useful arts, of subtle thought and of epic verse.  Fantastic mythologies, curious speculations and occult sciences have here had their home.”  Another broad look at both the Hindu and Muslim communities, with generous insight into local customs, from a writer both generous and fascinating. 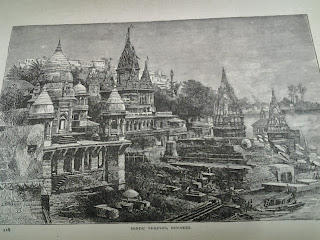 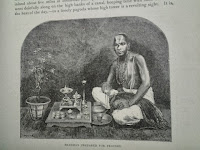 This book consists of 21 “walks” around Bath and its surrounds, with thorough histories of the sites along each walk, including the Abbey of Bath, Farleigh Castle,  Victoria Park, and a wide array of churches and chapels and manors.  Picture yourself strolling around the English countryside with a charming gentleman-historian to point out the old and new – some of it very, very old as Bath’s history stretches back before the Roman Empire. 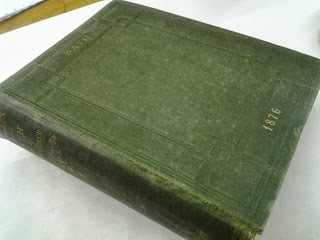 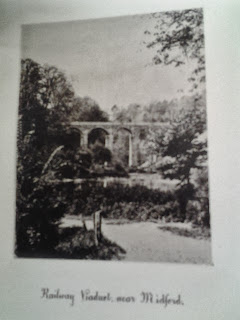 Posted by vintage-books.net at 1:55 PM No comments: